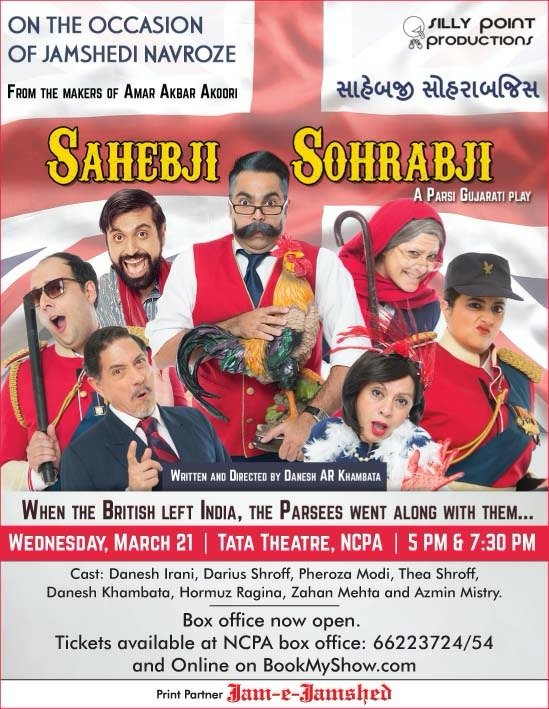 About the play: When the

British left India, the Parsis got upset that they left, so many follow them to England. One such person who migrated was Soli Sohrabji, who owns and runs a Parsi Irani cafe in England called Sohrabji’s.

While his cafe is a popular eatery, Sohrabji has teamed up with a few British agents and stolen the Kohinoor diamond from under the Royal Family’s nose. Find out who really stole the Kohinoor Diamond in this hilarious laugh riot.

Don't just get an evening of entertainment ... GeT SiLLy ... Cancel reply